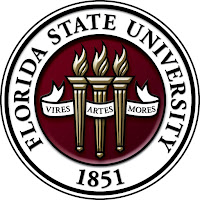 Qualitative Research: Experience of Fathers' Who Massaged Their Infants


In the doctoral program at Florida State University in the College of Human Science Dr. Keller conducted a qualitative research project in which she explored first time fathers care-giving practices. The fathers in Dr. Keller's study were provided an infant massage class to learn to massage their babies through a standard protocol. This was an exploratory study to determine what benefits fathers and babies experienced from Infant Massage. Dr. Keller viewed the results through the lens of Attachment and Bonding Theories.

Fathers massaged their babies each day and recorded data and their experiences in a journal. At the beginning and the end of the research period, fathers answered a structured interview and were videotaped massaging their babies. After the final interview fathers watched both the beginning video and the ending video, then answered further questions about their reactions and what they learned from watching themselves.

Dr. Keller analyzed the data through the NCT (noticing, collecting thinking) qualitative process and reviewed each stage and developed memo's and coding supported in ATLAS.ti a Qualitative Analysis Computerized Research Software Program. The data was coded to determine whether or not patterns and processes supported the constructs of Attachment and Bonding thus answering the question can and fathers bond with their babies?

Fathers reported feeling more confident and competent in caring for their babies. They reported many benefits of spending time with their babies and desired more access to their babies. Fathers reported they were motivated to continue massaging their babies because they enjoyed knowing how to relieve their babies discomfort and providing soothing responses. Furthermore, fathers revealed they knew mothers benefited as well as the time they spent with the babies meant mothers had more time for themselves.

Dr. Keller's research and other emerging research indicates that fathers do attach and bond with their babies. Indeed fathers who spend more time in caregiver activities experience an increase in oxytocin (bonding) hormone. Additionally the babies will initiate engagement with the fathers as well after spending time with their fathers.

This research provides a basis for continuing research on fathers and their evolving relationships with their babies. Prior research indicated attachment was not the same for fathers as mothers, however, the measurement tools that were previously used to explore father attachment and bonding were developed through decades of studying only mothers and their babies. Mothers who biologically carried the babies in utero in an era where fathers were not encouraged to be involved in the pregnancy or in the care of their children.


Presentation of Research Exploring the Experiences of a Team of Researchers.

Exploration of a Research Team: A phenomenonlogical Study


Dr. Keller was the principle investigator in a group of graduate students who explored the experiences of qualitative researchers who previously participated in a parent study. These researchers collected data from people and agencies in the communities in Gadsden County Florida (see below). This study was designed to interview the former researchers to gather their perceptions and explore whether or not there was a personal impact from having participated in a qualitative study.

Researchers interviewed nine people who participated in the parent study through a structured interview. The results were recorded, transcribed and coded through qualitative procedures. Emerging themes were illuminated and presented.

The participants reported emotional and intellectual impacts that they felt were life altering. For examples clink on the link above to view the exemplars. One participant revealed after interviewing a young woman who was a migrant worker working in the fields that she never really understood previously that children of migrant workers were not required to go to school or the severe conditions they worked under. That child labor laws did not protect migrant children. Furthermore, the low prices that migrant workers are paid for a box of picked tomatoes was shocking. Participants noted they would never again look at the food on their table without wondering who had sacrificed so much for that food to be purchased here in the United States.

Presentation of Successful Preliminary Exam Defense of a Critical Review of the Literature on the Benefits of Infant Massage.

Dr. Keller successfully completed a Critical Review of Infant Massage Research to submit for the passing of the Doctoral Exam.

Of the 31 articles only two articles, Cullen et al., 2000 and Scholz & Samuels, 1992, focused on Fathers Massaging their babies. In the 1920's Hammet studied mother and baby rats and touch, then in the 1930's Harlow studied mother and baby monkeys. Throughout the 40s, 50's and 60's Ainsworth and Bowlby studied human mothers and their babies interactions. During the 70's Vimala McClure was the founder of the National Infant Massage Association promoting the massage of babies and children. The two studies on fathers massaging their babies were in 1992 and 2000. What was not in the research was just as important for babies and families as what was in the research. All of these studies can be replicated with fathers to determine what benefits there are to both fathers and their infants when they are massaged.

Globalization: How Families are Faring in Rural Gadsden County, Florida

A team of qualitative researchers conducted an ethnographic research project in nearby Gadsden County Florida. Each team member explored an ecological layer of the county's systems to determine how families were faring in the aftermath of globalization.

In Dr. Keller's role in this study, Dr. Keller interviewed an African American Family from the rural area, a migrant family, the Director and Assistant of the local Migrant Head Start Program, a Police Officer and the Indian family who owned a local gas station in Gadsden County. The interview data revealed the generous giving of the African American family, their diverse family system and the challenges they face finding stable employment in a rural area. The interview of the Migrant Head start Director provided the nuances of the issues faced in the Quincy are of migrant workers including those of the Chinese Migrant workers. The assistant at Migrant Headstart was a recent graduate of a College in Massachusetts and had been raised in a Migrant family. She candidly shared her memories of working in the fields and the experiences she and her family faced living and working in rural America.

Dr.Keller also capture more than 400 black and white pictures in Gadsden County of Havana, Quincy, and Chattahoochee. Data which was categorized into codes similar to the Library of Congress. These artifacts will eventually be published in  a series of books. 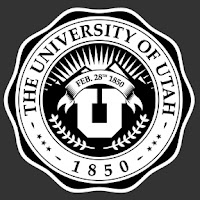 A review of the literature and case studies revealed that whistle blowers are retaliated against by organizations as a response to their calling out unethical behavior. People who "blow the whistle," in general are people with a higher sense of moral responsibility not less. Their dissatisfaction with the organization originates from a lack of responsiveness on the part of the organization. In other words they are not the people who would have pushed the button in the Milgram Study!

In this thesis Dr. Keller described the processes of stress and the accumulated physical, emotional and financial stress that whistle blowers endure in their pursuit of justice and their own integrity. Most come out on the other side, as they are sought out by companies for their high level of integrity and ethics.

Conducted two field research projects as an undergraduate student in the Social Sciences.

What were the emotional responses of professionals to the death of a patient in the neo-natal unit in the local hospital?

How does eye contact affect the self esteem of 4-5 year olds?