Avatar was a fantasy movie, or was it?

I resisted seeing Avatar when it came out in the theatres. I don't resonate to science fiction or anime movies so I really didn't think I would like to see it. Furthermore violence upsets me. So I let it go and listened as people spoke highly of the movie. It was only when I saw a documentary on how the file was made that my interest was piqued. When I saw how many computers and how James Cameron was deeply involved in the oversight of the production and development I was further curious. I felt like I was reading about a genius. Eventually I bought the movie and downloaded it to my Zune. On a plane trip across the country to Oregon I pulled out the Zune and watched the movie. I have no idea what the person next to me thought as I laughed and cried watching the movie. I was very moved by the perspective of our limited human communication being expanded. That we are only coming to understand that there is communication within and between species is due to our limited belief systems. 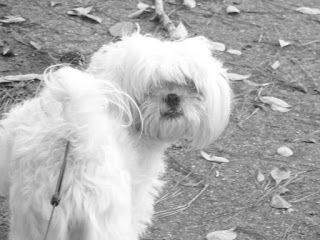 Research has now shown us that how we treat animals and how we teach our children to treat animals is an indication of our level of emotional compassion (empathy) or lack of it. Indeed Dr. Frank Ascione of Utah State University has a extensively published on the correlation of animal cruelty and the connection between child abuse and neglect, domestic violence, elder abuse (sociopath and narcissism behaviors). To translate this, people who abuse animals lack the ability to empathize. Many child advocates, such as, Andrew Vachss have come to understand this correlation and support the safety of animals as well as children. Bringing advocates from all domains such as domestic violence, Barry Goldstein supports the empathic awareness that we are all indeed connected, humans are only once of the many species on planet earth.

In this revealing TEDx talk by a 13 year old boy we are privileged to see through the eyes of one so young that indeed children do hold many lessons from which we adults can learn. Enjoy this TEDx Talk by Kaden Salem.

Do you treat all living things as your equal, with dignity and respect? Is your dog like a sibling to you, or just a pet? This talk explores the relationship of humans with animals. Dolphins, wolves, and ants are used as real-world examples.

Kaden is a 7th grader at Ecker Hill Middle School in Park City, Utah. He shares his ideas on the equality of animals and the impact of his "sister" on his life.

There is a very high correlation between how humans treat animals and how we treat human beings. Just because he goes to the level of insects does not make him wrong. Remember 50 years ago humans were so ignorant we did not know that dolphins and whales communicated with each other. When we discovered it humans acted as if they had discovered something new forgetting that these creatures had ALWAYS had the ability to communicate with each other. This young man is very aware and I would say forward thinking however I don't believe he is thinking in the future and is very grounded in the present. Children have a connection with life that we often train right out of them with adult superiority. Children are not inferior they are equal developing human beings with much to contribute to the world if we listen with an open mind and heart. Great job Kaden Salem!