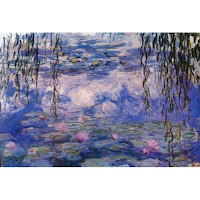 I grew up in a home that was like most American families, dysfunctional. We weren't suppose to drink, play cards, go to the movies or swear. All of which mom and dad did when they moved away from their family of origin and all of which they struggled with their entire adult lives. Sometimes we could do these things and it was okay and other times they were trying to be the people their parents expected them to be. So it was confusing to say the least and intriguing at best.

Being the visual learner that I am I know can't wait until the latest great movie hits the big screen. Over time I have developed patience to wait until my favs come out on Netflix or Pay per view (why pay full price when I can discount).


Anyway I have often had an Epiphany when I am watching a movie. It is like a particular place slows down in slow motion and I hear something coming through the screen that my inner voice says pay close attention to this. What is particularly entertaining is it the great messages come from movies I feel ambivalent about seeing.

Today was one of those moments. Last night I went to bed early and then decided I needed a movie. So I perused the On demand section of cable, wasn't particular interested in any however landed on the The Brothers Bloom. Clicked on the preview button and thought well maybe....hmm...okay what they heck.

Two brothers who grow up under less than perfect circumstances go out and face the world hand in hand together it is them against the world. Their careers of conning other people out of their money is particularly interesting as the eldest brother motto is that a really great con is when everyone walks away getting something they really want. Yes, another one of those if only he used his amazing gifts for good rather than for greed movies. However, brotherly love prevails and the older brother sets his next mark for a lovely young woman. Seems he is about to make the ultimate sacrifice and put his brothers happiness before his own needs. Long story short, the younger brother falls for the lovely young woman. As she is being set up however she tells her tale of woe to the younger brother. A life that was slightly the short end of the stick and how it turns out that she was isolated and keep in a very lonely environment for most of her youth and then nursed her elderly mother. A situation in which most people would have become resentful and unhappy just with the what ifs and if onlys.

Her take was that when life cheats you cheat life. She had decided to write her own life story into one of a young girl who chose instead of ruminating on all the tales of woe, unfairness and undeserved acts in her childhood to rewrite the present into a young woman who chose to love and to see beauty in all things around her no matter how small.

Not choosing to carry forward the hatred, resentment, anger, shame and other garbage that someone has dumped in the lap of a child.

There is no greater love than loving oneself and those around them by letting go of the past and seeking to live a life full of joy, heartfelt behaviors and living for the moment. Unencumbered and seeking more yes moments than no.

Retribution is the greatest when forgiveness all about choosing to be happy. My Epiphany? My life has been a tribute to tenacity, courage, honesty and beauty....success has been here all along!
Posted by marykaykeller.com

Email ThisBlogThis!Share to TwitterShare to FacebookShare to Pinterest
Labels: Kay